Bril Bril at a glance

Here is a map of Bril Bril, New South Wales and surrounds.

Want to correct something or add more detail about Bril Bril or elsewhere in New South Wales? We welcome your input – please get in touch! 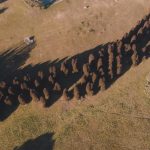