The town is known for mine processing plants and a port used to export iron ore from the Savage River mine.

Port Latta, TAS is 382 kilometres from the capital city of Hobart and can be reached within four and a half hours of travel time via National Highway 1.

Port Latta at a glance

Here is a map of Port Latta, Tasmania and surrounds.

Want to correct something or add more detail about Port Latta or elsewhere in Tasmania? We welcome your input – please get in touch! 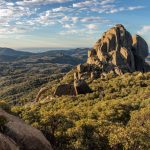